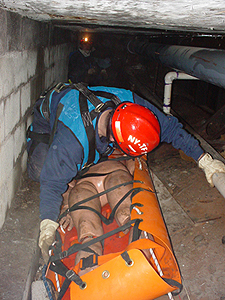 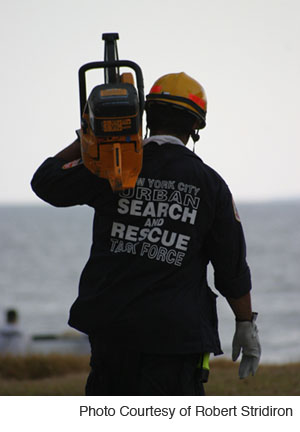 The Urban Search and Rescue (US&R) Task Force in New York is designated as New York Task Force 1 (NY-TF1) and is staffed by elite members of the City’s police and fire departments.  NY-TF1 task force includes:

NY-TF1 also has members who serve on FEMA Incident Support Teams (ISTs). An IST is activated to coordinate and support US&R assets in the field.

NY-TF1 travels with an extensive equipment cache that is vital to its mission. US&R equipment is packed to respond with the team and includes specialized rescue tools, such as search microphones sensitive enough to detect human breathing. The cache also includes personal protective equipment, sanitation and showers, and Meals Ready to Eat (MREs).